You might have seen images of marine animals hopelessly ensnared in the plastic rings (Six-packs Rings). The images are just haunting us. But, Florida based Saltwater Brewery has been working on new edible six-pack rings that are friendlier for marine animals. Even more, to save the lives. 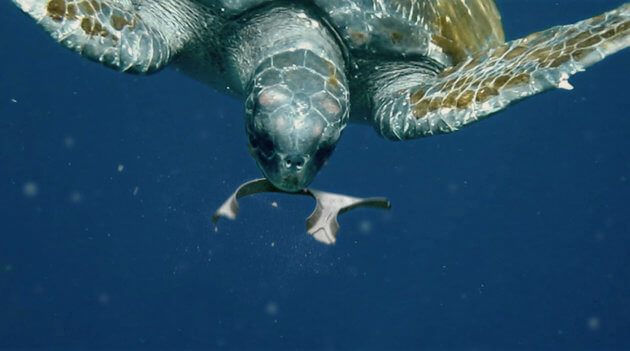 The Delray Beach team up with ad agency We Believers, to craft brewery has just launched the world’s first edible six-pack rings. It is made from brewing byproducts which are safe for both human and animal to eat. If the rings are just thrown away, it is designed to quickly decompose, so it won’t leave plastic particles behind.

The company published that the new six-pack rings are just as strong as the plastic ones. At the moment price for the new edible six-pack rings is more expensive than the current one, but they suggest that if other larger company would adopt the new design, production cost could be reduced significantly to get a win-win situation for the breweries and the environment.

The green design came from the brewery’s team who are fishermen, surfers, and people that loves the sea, makes it appropriate that the design come from Florida, a state of the only living barrier reef in the United States and make its annual income from water-based tourism. Saltwater Brewery current output of 400.000 cans per month, they plan to increase production of the rings just to match the production.

The journal of Science published a study in 2015 that a group of researchers estimated that as much as 13 million tons of plastic ends up in the sea each year. Ellen McArthur Foundation also published a relevant report, foresees that by 2050 there will be a greater mass of plastic than fishes in the ocean.

Saltwater Brewery’s new invention proved that when companies prioritize environmental responsibility over financial greed, it is possible to find great alternatives to avoid even the most dangerous threat. However, we can also see that the group that give the idea and start the awareness involves fishermen, surfers, and people who loves the sea, like divers. We can lend our hands on any act to protect our beloved sea anytime, so that we can keep enjoying our diving activities.

ABYSS OCEAN WORLD
Have You Ever Tried Muck Diving?General Diving