This area is made up of three main islands (Komodo, Padar, and Rinca) along with more than 20 smaller islands. Originally declared a nature reserve in 1938 to protect the famous dragons, the level of protection and conservation efforts has slowly expanded over the years to cover 1,733 square kilometers of land and sea with the honor of being a UNESCO World Heritage Site.

Komodo National Park is located in the Lesser Sudan Islands in the south of Indonesia. In this region, you have numerous small straits that are the final checkpoint for the unfathomable amount of water traveling from the Pacific Ocean in the north through Indonesia to the Indian Ocean in the south. Not only does this movement of water give Komodo its famous currents but also a daily supply of fresh nutrients to feed some of the most bio-diverse reefs in the Coral Triangle.

When these nutrient-rich currents meet with the underwater topography of this region, the result is breathtaking. Large schools of fish show their strength in numbers, while the predators show their agility in maneuvering around the school to get a quick snack. Of course, there’s a manta or two effortlessly gliding above.

Though Komodo is famous for its currents, that’s not the only thing we see here. The underwater macro life is as impressive as the dragons themselves. If that’s not enough, there are numerous white-, black- and even pink-sand beaches for a relaxing walk in the sun. 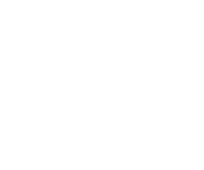 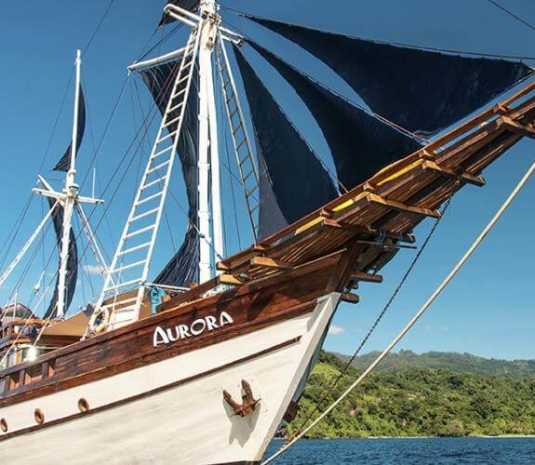 11 nights, 25 dives all from the comfort of the Aurora
September 17th-28th, 2019
Contact Us for Prices and Availability

This will be nine nights onboard the Aurora, giving us enough time to explore and witness the best this region has to offer. Operating since 2010, this 40-meter Indonesian pinisi has been our primary charter vessel since its maiden voyage. You can rest assured the Abyss team and crew of the Aurora will deliver you an exceptional vacation. 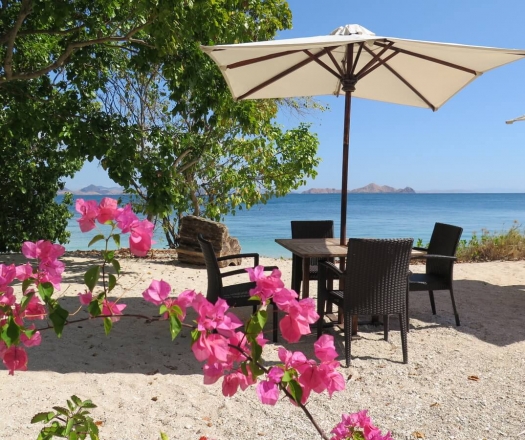 7 nights onboard the Aurora, 4 nights at Angel Island Resort
September 24th – October 7th 2017
Contact Us for Prices and Availability

This trip will combine the bests of both worlds. Starting with seven nights onboard the Aurora, we will explore some of the more remote and unique dive sites in the area. Once we have had our fill, we will then head to Angel Island where we will spend the remaining four nights diving the reefs around this secluded island loaded with beaches. This trip is great for someone who wants to experience a liveaboard but isn’t sure about spending their entire vacation on one boat. 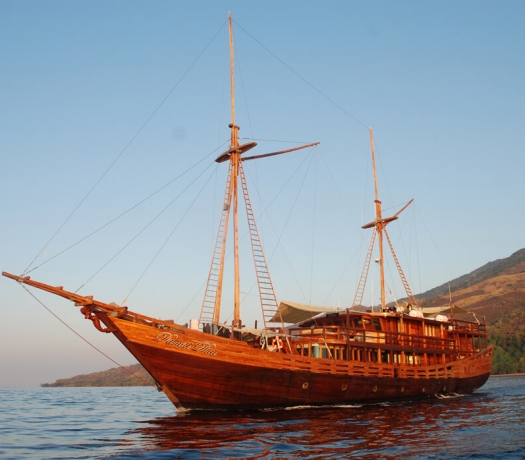 A Touch of Luxury

This all inclusive experience of 6 nights, 20 Dives will leave you speechless
May 23rd – May 31st 2018
Contact Us for Prices and Availability

Renowned as one of the most luxurious siveaboard within Indonesia, the Damai II will be our home for this 6-night exploration of the Komodo National Park. This 40-meter traditional Indonesian pinisi has been equipped and designed with the highest levels of service in mind. From the spacious design of the cabins to the unprecedented quality of the meals, this trip will truly define the standard of your future liveaboard travels.

GET IN TOUCH WITH US